Dozens of Russians waded into the pounding surf of the numbing Baltic Sea to stake their claims on valuable amber that had been ripped from the seabed and washed onto the beach after a violent winter storm.

The amber found on the shoreline at Pionersky in the Russian-controlled territory of Kaliningrad on January 7 was free for the taking — as long as the would-be treasure hunters were willing to risk the harsh conditions.

Despite air temperatures that were reported to be minus 6°C (21°F), dozens of hardy individuals from the region turned up in their wet suits, nets in hand. Many waded into the frigid and turbulent surf in the hopes of snagging precious chunks the amber, which actually floats in saltwater.

Other prospectors stayed on the shore, picking through mounds of seaweed and scouring the beach.

Individual amber specimens can range in value from $20 to $40,000 or more, according to the International Colored Gemstone Association.

Local resident Olga Bazhenova told a Russian TV crew that the gem seekers were picking up small- and medium-sized pieces of amber from seaweed and sand from dawn till dusk.

“It was a free for all,” she said. “Some people made themselves a lot of money to start the New Year.”

Bazhenova also witnessed elderly residents getting in on the action.

“They forgot their ailments and age, and scratched the frozen soil with sticks like babies in a sand[box],” she said. 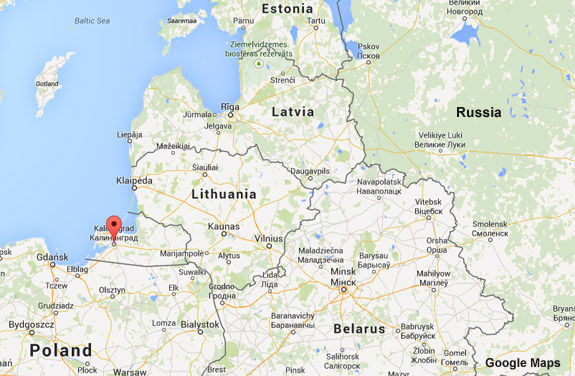 Ninety percent of the world’s amber — a beautiful yellowish-orange gemstone that is formed from fossilized tree resin — comes from Kaliningrad, a Russian territory that is sandwiched between Poland and Lithuania. Due to the collapse of the Soviet Union in 1991, the Kaliningrad Oblast became an exclave, geographically separated from the rest of Russia. 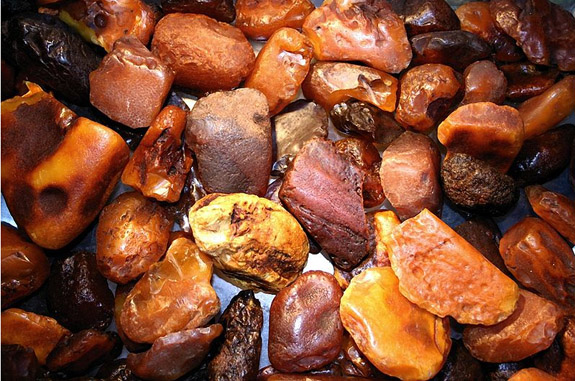 Amber is a major source of income for the region, according to the Daily Mail, with the local Kaliningrad Amber Factory extracting 250 tons of it in 2014.

Amber, which was popularized by the 1993 thriller Jurassic Park, has been used in jewelry for thousands of years. Amber ornaments dating back to 1600BC have been found in the Mycenaean tombs of Ancient Greece. 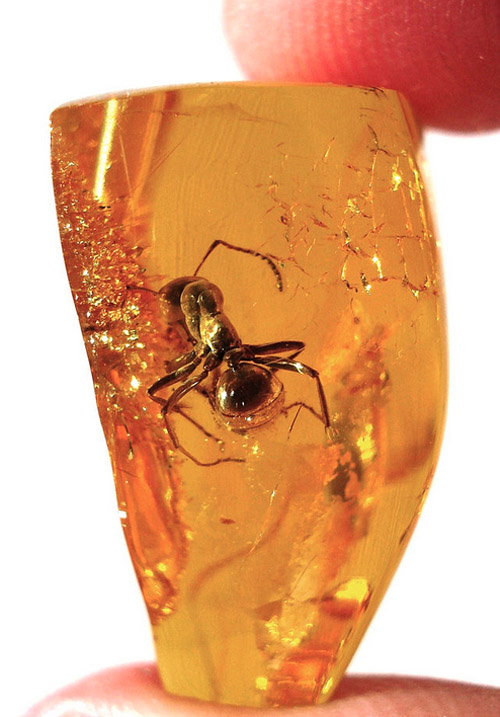 Because amber is the product of fossilized pine tree resin, some specimens contain the trapped remains of tiny bugs and other creatures, seemingly frozen in time. Some scientists believe that it may be possible to extract the DNA from these creatures.