Just one day after the 392-carat “Blue Belle of Asia” sapphire set a world record when it fetched $17.3 million at Christie’s Geneva, rival Sotheby’s Geneva claimed two auction records with the sale of the 8.6-carat “Graff Ruby” for $8.6 million. 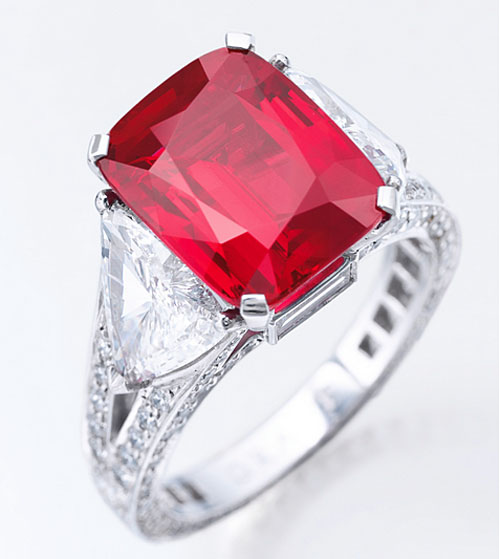 The gem, which was scooped up for a second time by its namesake, Laurence Graff, now owns auction records for the highest price ever paid for a ruby, as well as the highest price per carat for a ruby at $997,727. The selling price nearly reached the high end of Sotheby's pre-sale estimate of $6.8 million to $9 million. 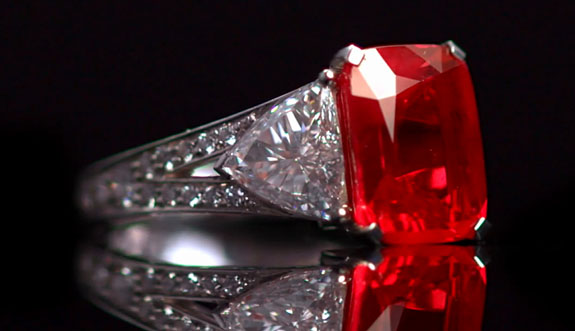 The London jeweler, who is famous for his purchases of world-class diamonds and colored gemstones, first acquired the spectacular cushion-cut “pigeon blood” ruby at an auction more than eight years ago. It’s been reported that Graff’s most recent winning bid of $8.6 million at Sotheby’s Magnificent Jewels and Noble Jewels auction was more than double what he paid for the gem originally. 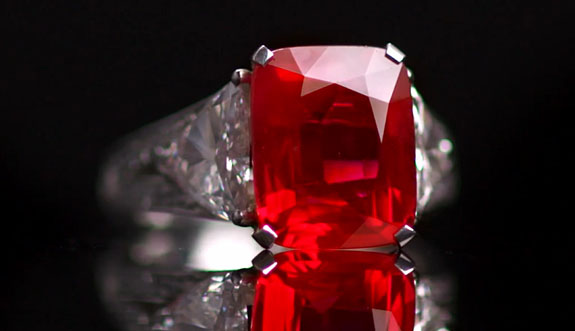 Sotheby’s called the “Graff Ruby” a “gem among gems,” and, in 2006, Graff had told Bloomberg News that “the cut and spread of color is the finest I have ever seen.”

The "Graff Ruby" is set in an impressive ring designed by Graff. The ruby is centered between triangular diamond shoulders within a mounting decorated throughout with brilliant-cut diamonds. Sotheby’s offered the “Graff Ruby” with an alternative ring mounting, also designed by Graff. 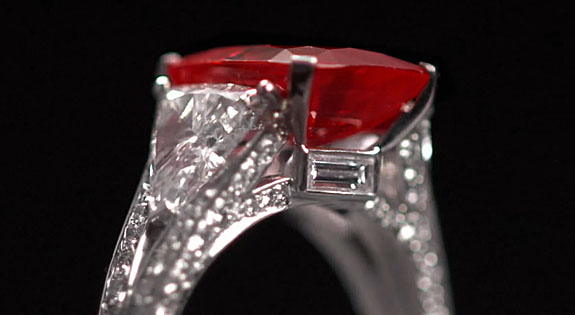 "This is the finest ruby in the world," Graff said in a Sotheby's statement. "We are very proud to have it in our possession for the second time."

Until last week’s auction, the “Graff Ruby” was part of the collection of jewelry connoisseur and Greek financier Dimitri Mavrommatis. Sixteen of Mavrommatis’ jewels were among the 403 sold at Sotheby’s Geneva last Wednesday.